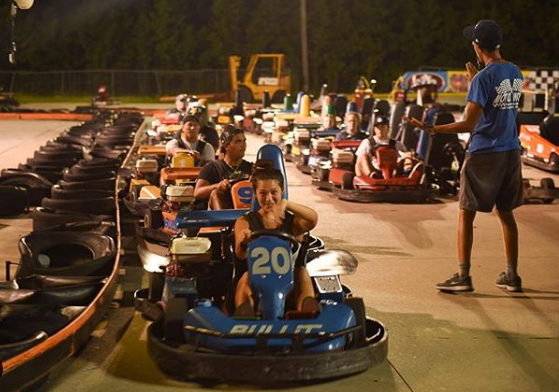 The Legends Of Kart History

At VB Motorworld, we know people that aren’t familiar with go-karting sometimes think it’s a kids’ pastime. Would you be surprised to know that many professional racers started on go-karts? Today we’ll introduce you to three of them.

Michael Schumacher is considered one of the greatest Formula One drivers in history. He is the only driver in history to win seven F1 World Championships, including five consecutively. Michael’s career started on a go-kart track in Kerpen-Manheim, Germany, a town near Cologne. He captured the German junior karting championship in 1984 and 1985; two years later he won both the German and European karting titles. The following year, he moved to Formula Three driving – where the cars are less powerful than those in Formula One – and two years later won the German F3 title.   In 1991 Schumacher made the move to Formula One racing, and five years later joined a Ferrari team that hadn’t won a Drivers’ Championship since 1979. He proceeded to turn them into the most successful Formula One team in history, including the five straight world championships. His total of seven F1 titles broke a record that had stood for almost 50 years. Along with that, he holds records for the most Grand Prix wins at 91, and the most races won in a single season, at 13.

Max Verstappen started with go-karts at age four and quickly was competing in Belgium at a nearly Mini Junior championship. At nine years old, racing in the Rotax Max Minimax class, he captured the Belgian championship; the next year, he won the Dutch Minimax championship. When he turned 13, Versteppan made the move to international karting and signed with CRG, where he raced at world and European championships. He became the youngest racer in Formula One history at just 17 years old, then became its youngest points scorer and eventually its youngest race winner before he turned 19.   At the conclusion of the 2015 racing season, Verstappen received three awards from the International Automobile Association: Rookie of the Year, Personality of the Year, and Action of the Year (for an overtake move during the Belgian Grand Prix). He has been part of the Red Bull Racing Team since 2016, and at just 23 right now, clearly has a bright career ahead of him.

Sebastian Vettel began his racing career with Michael Schumacher, go-karting at the same track in Kerpen-Manheim near Cologne. He started amateur karting at just 3 1/2 years old and started racing in karts series when he was eight. He caught the eye of the Red Bull Junior Team by the time he turned 11 and earned a spot with them. Sebastian won multiple titles including the Junior Monaco Kart Cup in 2001, and two years later was promoted to open-wheel cars. The following year he won the German Formula BMW Championship, thanks to 18 victories in 20 races. Vettel was the youngest Formula One driver to participate in a Grand Prix weekend, at just under 20 years old…until Max Verstappen broke his record! He won four straight Formula One World Championships, from 2010 through 2013.

That Was Only the Beginning

Clearly, go-karts have given some of the world’s greatest racers their start. Want to see how competitive you are? Whether you want to race your colleagues at a corporate outing, impress your date, or challenge your friends, we have it all here at VB Motorworld. Visit today to see if, like these three pros, racing is in your blood!